Meat pie or sausage roll anyone?

Posted by ChamorroChica on Monday, June 6, 2011 · Leave a Comment

Meat pies and sausage rolls to Aussies are like burgers and fries to Americans. Aussies love them!

I remember my first encounter with the meat pie concept back in 2000 during my first Sydney visit. I couldn’t quite comprehend meat in a pie. When I thought of pies, I thought of apple pie, berry pie, pumpkin pie. I think I even asked an Aussie, much to their dismay, if it was really meat inside or was it just called that for some reason? I was familiar with chicken potpies from home but not a meat pie. To be honest I don’t even recall having one back on that Sydney trip or maybe it just didn’t make an impression at the time. I hadn’t heard of sausage rolls either but for some reason it was the meat pie I was most intrigued by then. 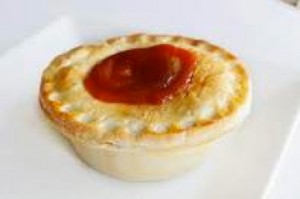 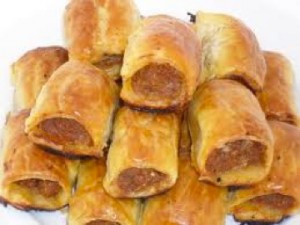 However, when I came back to Sydney in July 2006, I was a girl on a mission to try anything and everything Aussie. I wandered down to a pub in the Rocks area in Sydney called “Fortune of War” which is apparently Sydney’s oldest pub. I sat myself down on a stool, ordered a pint of some type of Aussie beer and a meat pie. I asked the bartender for ketchup and all I got was a confused look as an answer. I quickly learned “ketchup” in Australia is normally referred to as “tomato sauce.” Something to keep in mind if you travel to the land down under. I dove into my meat pie and enjoyed it. I probably did the unthinkable and used a fork which is a big no-no. That is something else to keep in mind for tourists in Australia. It was delicious! I still don’t eat them as much as others do but they are definitely good to have once in awhile. I prefer the meat pies over the sausage rolls. 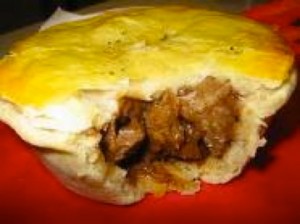 Staying true to form Ozdane had his first meat pie and sausage roll of the trip yesterday. And yes, in case any Americans reading this are wondering…there really is a chain in Oz called “Pie Face.” 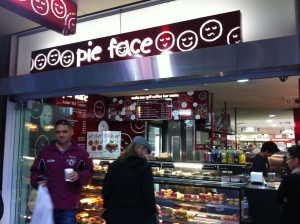