Posted by ChamorroChica on Friday, December 2, 2011 · Leave a Comment 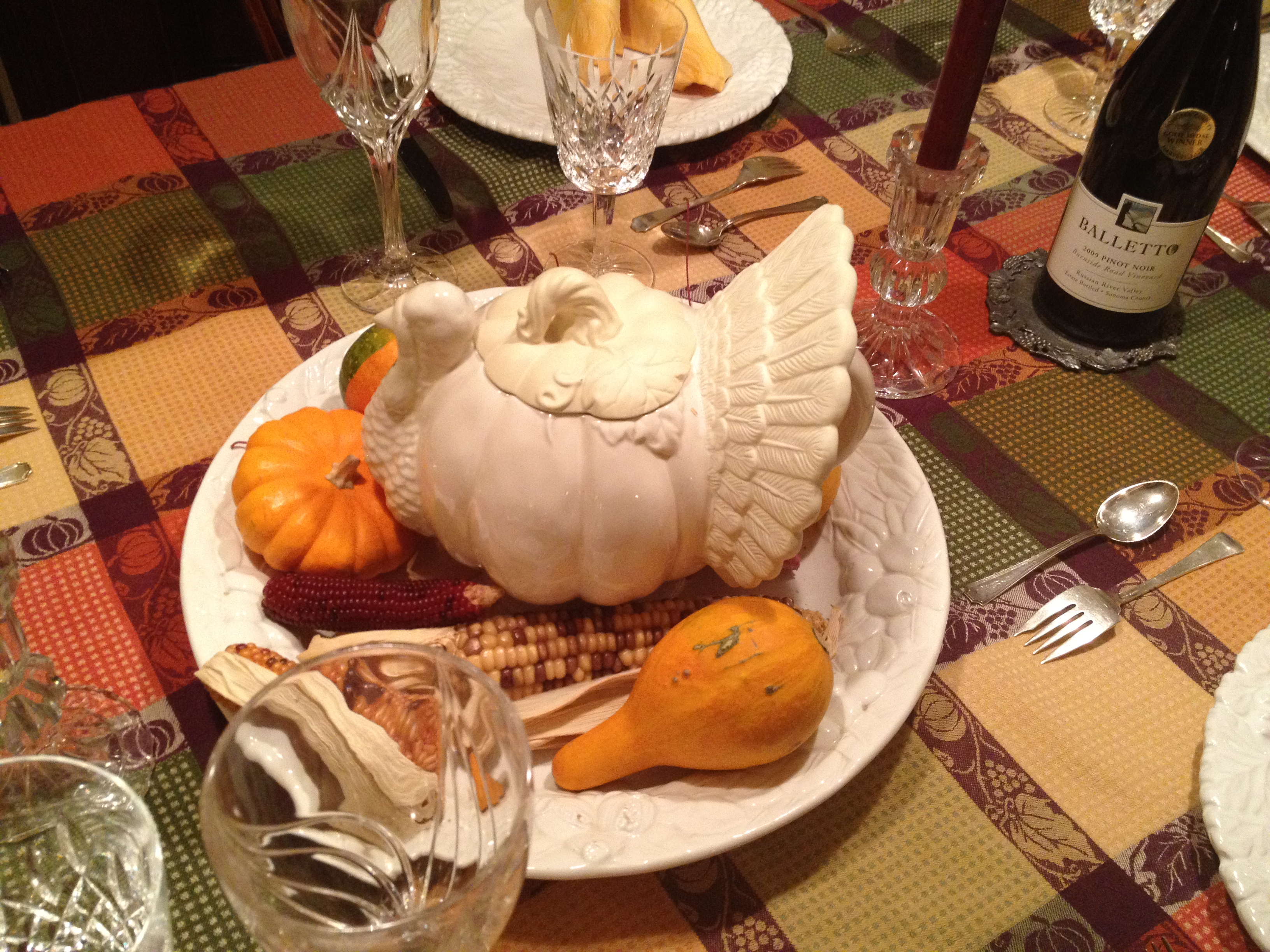 Since I left the US over five years ago I have gone back for visits but I had never been home for the very special holiday of Thanksgiving until this year. I’m so happy Ozdane and I were able to be there for it with my family this year. It was Ozdane’s first Thanksgiving in America with his new family too so that made it even more special. There really is no place like home on Thanksgiving for me. I remember my first Thanksgiving living abroad two months after I had moved to Sydney, Australia. I was quite homesick and I had gone to lunch to a typical Aussie pub with a few work colleagues, none of which were American. I don’t think they could quite grasp why I was missing home and that particular holiday so much at the time. I had a spicy chorizo pizza and a good Aussie beer, neither of which came close to a turkey dinner!

If you’re not American you’re probably wondering why we love the Thanksgiving holiday so much so let me try to explain. First and foremost in my mind is the fact that Thanksgiving is very much about family and being thankful for people and what you have in your life. There isn’t as much commercial “hoopla” around Thanksgiving as there is Christmas. Don’t get me wrong I LOVE Christmas but there is the commercial “must buy gifts” element that comes along with it. This creates a lot of stress for people which can sometimes take away from the enjoyment of the holiday. You don’t have to buy anyone anything for Thanksgiving. You simply get together with family and friends and truly enjoy yourselves stuffing yourself silly with Thanksgiving dinner which leads me to one of the best parts of the holiday – the food! Thanksgiving is by far my favorite food holiday. Yes, I love food that much that I actually have a favorite food holiday! Traditional Thanksgiving dinner is so delicious! Turkey, stuffing, gravy, mashed potatoes, cranberry sauce and the delectable pumpkin pie to name just a few. Different people have different twists on Thanksgiving dinner but for the most part everyone seems to always have a few of the staples. My personal favorite is stuffing, especially my Mom’s stuffing! Not only do you enjoy the feast that night but leftovers are a big part of the Thanksgiving tradition too. Turkey sandwiches with gravy, cranberry sauce – turkey anything really. I know we were all eating leftovers the Friday and Saturday after the main event. A couple of other things on Thanksgiving traditionally are the Thanksgiving Day Parade in New York City and of course American football games on TV all day long – literally. I’m sure not every family across the nation is watching the football games but I’d say a large percentage at least have it on in some room in the house. This year I experienced a near crisis when my brother announced he wanted to watch a “big game” at 9:30am on Thanksgiving morning. Well I had been looking forward to watching the Thanksgiving Day Parade for a few months now since I hadn’t been home for turkey day for so long. Yes I’m one of those cheeseballs that loves watching the parade! My parents have one TV in the house and no DVR so you can see how this presented a problem. Thankfully my lovely brother let me watch the parade in the morning while he quietly checked the score of the game on his phone and was able to catch the last two quarters after I saw Santa go down the street in the parade. If you know my brother then you know he’s a sports fanatic so this was especially gracious of him! Thanks B!

I have so many fond memories of Thanksgiving growing up where we would have these massive family gatherings when we were kids and it would be total chaos everywhere. My poor Mom would usually have the entire extended family over at our house which meant she started cooking and preparing a couple days in advance. I was too little to notice she was about to fall over from exhaustion at the end of it and now realize all the work it entailed. If I had to host a group that big I’d probably have a panic attack! I think my Mom is thankful they are a bit smaller these days! Our Thanksgiving this year was just the six of us – Ozdane, myself, Mom, Dad, my brother and sister-in-law and it was just perfect that way.

What was I most thankful for this year? That’s an easy one – being back home in California with my family and Ozdane, simple as that.