Singapore celebrates National Day annually on August 9th in commemoration of Singapore’s independence from Malaysia in 1965. The holiday includes a National Day parade, spectacular fireworks and an address by the Prime Minister of Singapore. If you’re American think of it like our 4th of July and I guess Australia Day would be similar for Aussies.

Singapore starts preparing for the big celebration weeks and weeks ahead of the actual holiday. We’ve been lucky to catch some of it over the past few weekends and I managed to snap some photos of some of the excitement in the sky (photos taken on iPhone so forgive the quality). 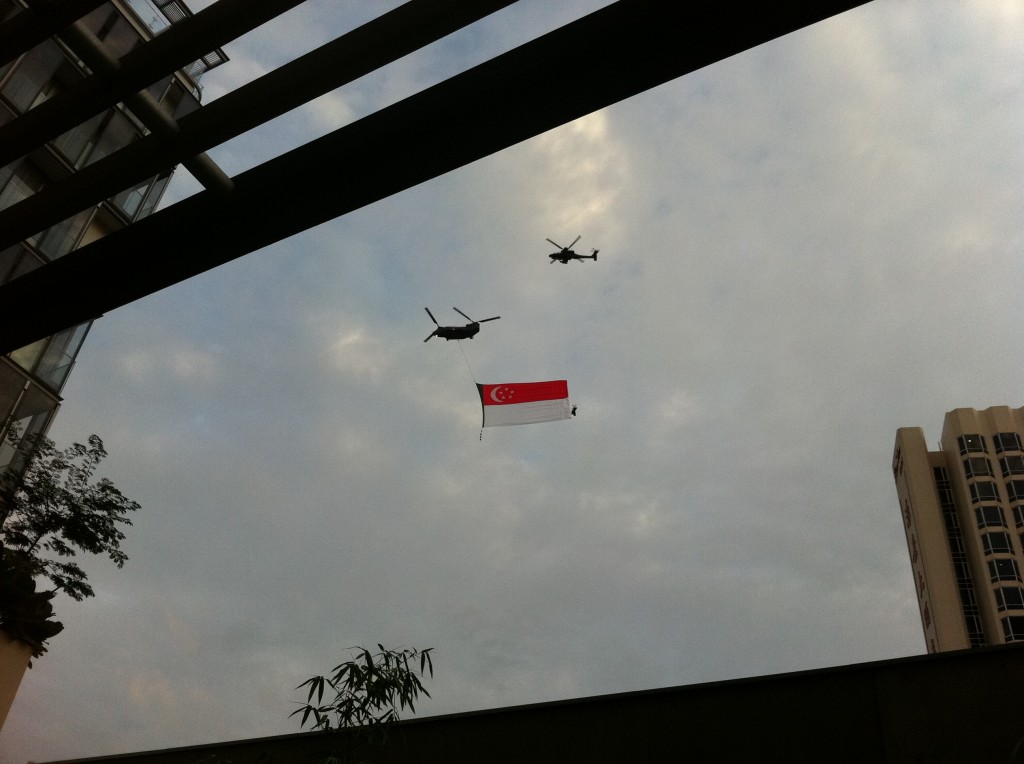 Helicopters practice fly-over with Singapore flag. Taken from our deck. 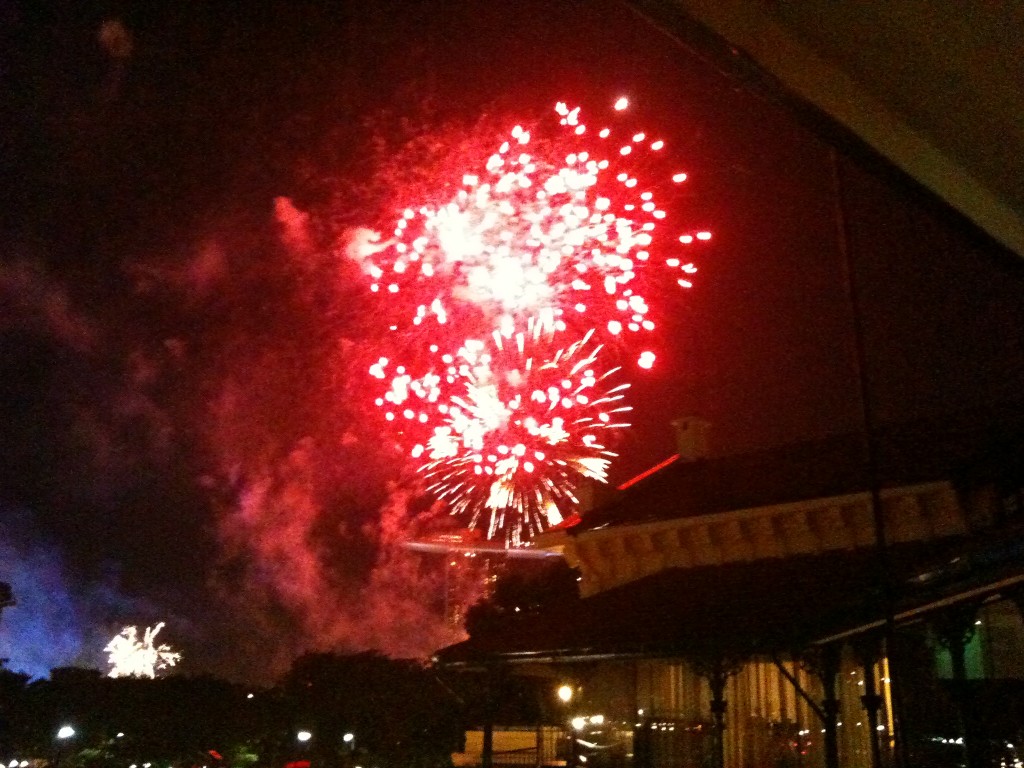 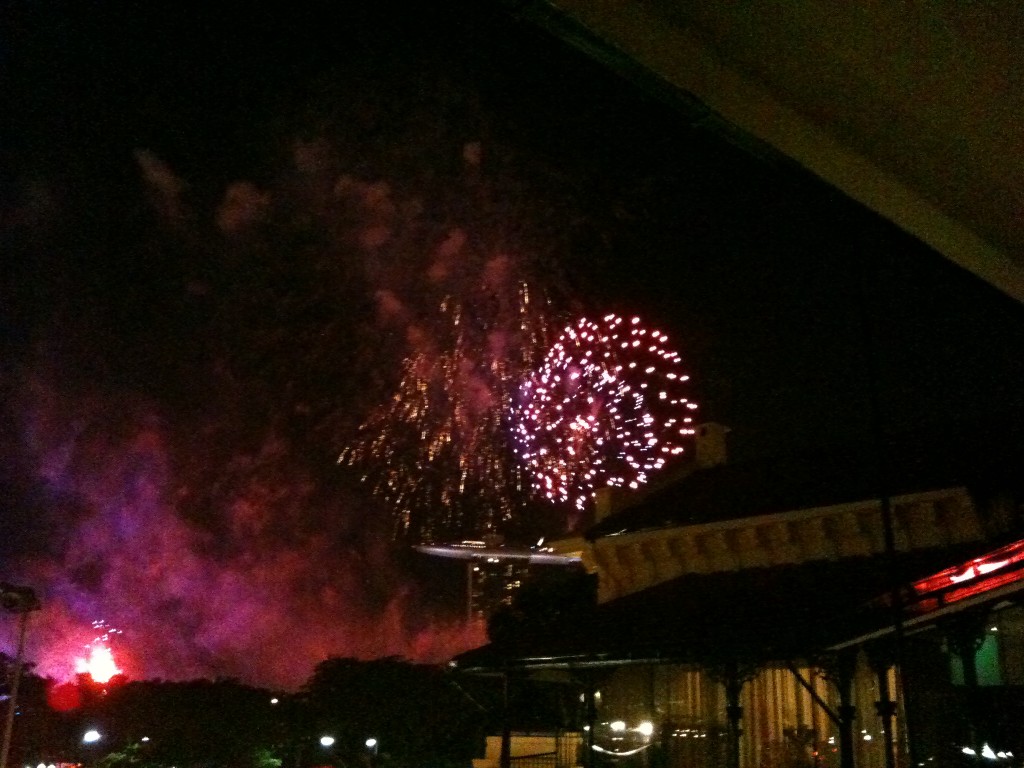